Cowgirl-turned-nomadic Navy spouse, Julie Tully writes about life, culture, and the places where they intersect. Her voice is authentic and witty with a healthy dose of self-deprecating humor.

She has written for Legacy Magazine, Legacy Kids Magazine, InDependent, and Your Teen For Parents. Her memoir, DISPATCHES FROM THE COWGIRL, about the years she and her family lived in Africa, is her first major work and will be published by W. Brand Publishing on September 13, 2022.

Julie’s quirky lifestyle has taken her around the world, from rural Northern California to Europe and Africa. Now, after spending the past eighteen years overseas, Julie and her family prepare for an even greater adventure—returning to the United States.

If you ever meet me in real life, that’s probably how I’ll introduce myself, because while I respect protocol and tradition, I also like to keep things straight-forward and to the point—I’m Julie, simple as that.

I grew up in Northern California, in the foothills and mountains of the Sierra Nevada. I’ve been a cowgirl from the very beginning, having been born into the fifth generation of a cattle ranching family. And, with all honesty, I thought I would stay on the ranch or continue working in the beef industry, but everyone loves a good plot twist and that’s what happened to me.

Falling in love with a naval officer was not what I had planned, but then again love rarely happens the way we imagine. This cowgirl fell head over heels in love with a sailor, and long story short, reader, I married him. For the past two decades, I have lived as a nomadic Navy spouse, moving around the world with my husband and son, calling numerous countries home, and wearing my cowboy boots the entire time.

In the years before I became I nomad, I worked in public relations and marketing for the beef industry. Let me just say, that wasn’t a very portable career for a military spouse in those days, so I walked away from it to make our military life more sustainable. However, as the years passed and I became a stay-at-home mom with too much time on her hands, I revamped my former career skills to find new job opportunities.

While we were stationed at U.S. embassies in Africa, my particular skill set allowed me to do things like train people in the art of public relations, develop marketing materials, conduct crisis communications, write speeches, and serve as a community liaison.

During our time in Africa, I also served as an unofficial diplomat working alongside my military diplomat husband. Never in a million years would I have thought that I’d end up in that role! My social circle was comprised of Ambassadors, diplomats, senior military leaders, foreign government officials, and a host of others. It seemed an unlikely place for a cowgirl like me, but it was fabulous and is a time I will forever cherish.

It was also while we lived in Africa that I returned to doing one of the things I’d always loved, and changed my job title to “Writer.” As we continued to wander the world, becoming chronic expats, I loved to write about what I observed in the places I inhabited. The world is a very small place when you begin to pay attention and I wanted to share that with others in the best way I knew—the written word. So now I am a writer and an author, and I couldn’t love it more.

Let me add a few other facts to round out this bio: 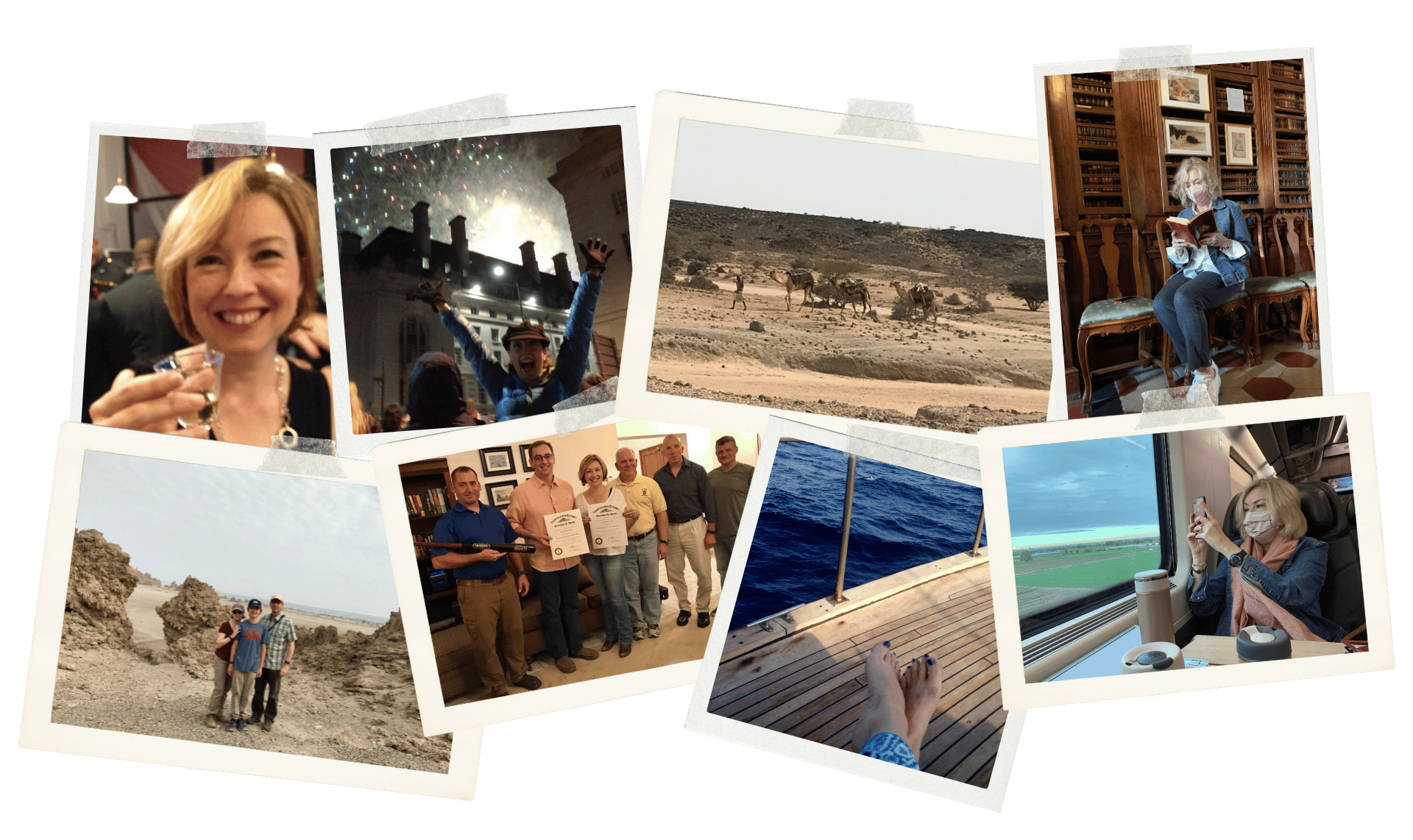 What I’ve Been Reading

Find Me on LinkedIn

I’m so thrilled to announce that I am once again

What a way to start the weekend! Having been a rea

You'll be first to know when Dispatches from the Cowgirl is available for pre-order!

You have Successfully Subscribed!